Humpty-Dumpty — Letter to the Western Media 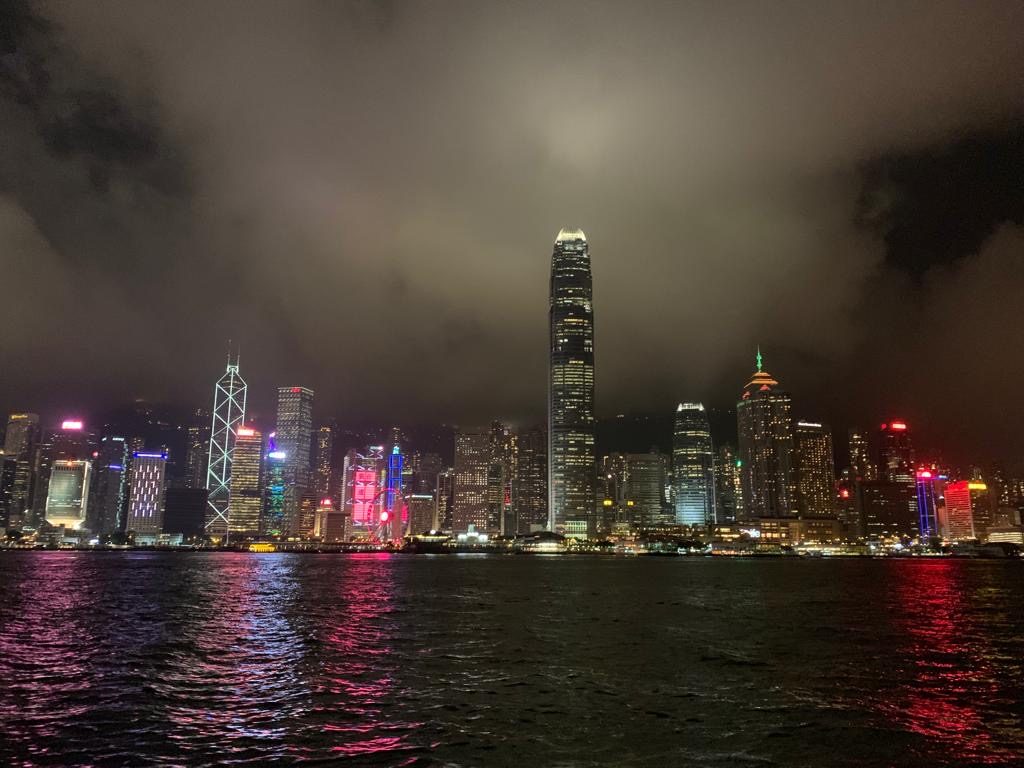 Despite our different points of view, I hope we can at least agree on the fact that Hong Kong is in a very bad situation.

When American basketball player LeBron James dared to say that the Hong Kong protest “carry a lot of negative,” and that “so many people could have been harmed, not only financially but physically, emotionally, spiritually”, the Hong Kong protesters burned his shirt. This is exactly what I am criticizing – violence replacing arguments. And you don’t show that violence – only as state or police violence.

Don’t get me wrong, I understand the protesters motivations and also the logics of your narratives. But I am also worried, because there are so much irrational beliefs and fears caused by pure bias and untruthful reports about mainland China and the recent events in the Western media.

I have been following the Hong Kong protests since July. It soon became a hobby, and I sometimes spent one or two hours per day, analyzing different videos (mainly on Youtube) and articles (mainly those written in English) to gain as much information as possible.  I noticed that the violence started at a very early stage of the protests, at least in early August when we saw this pattern formed, namely, after the peaceful daytime protests, violence followed. At that time, I saw the protesters for instance smashed the windows of a building where policemen and their families lived and threw petrol bombs into their parking lot – however, this use of petrol bombs by the protesters was not reported by you –  only recently, as if it happened after the National Day. Already in the very beginning, the protesters exposed hundreds of police officers’ personal information and the information of their family members. A police officer’s finger was bitten off by a protester and one was hit and burned seriously by protesters’ petrol bombs. These things did not happen within the last few weeks. It is just that most of you, the Western media – represented by media organizations such as BBC, DW, CNN, VOA, GN, CBC, The New York Times, etc. – somehow never covered them. Which is why you have lost your credibility in China now. Young generations of intellectuals like me who used to trust you and read you as our major source of information now have a very low opinion of you. Can you understand that? 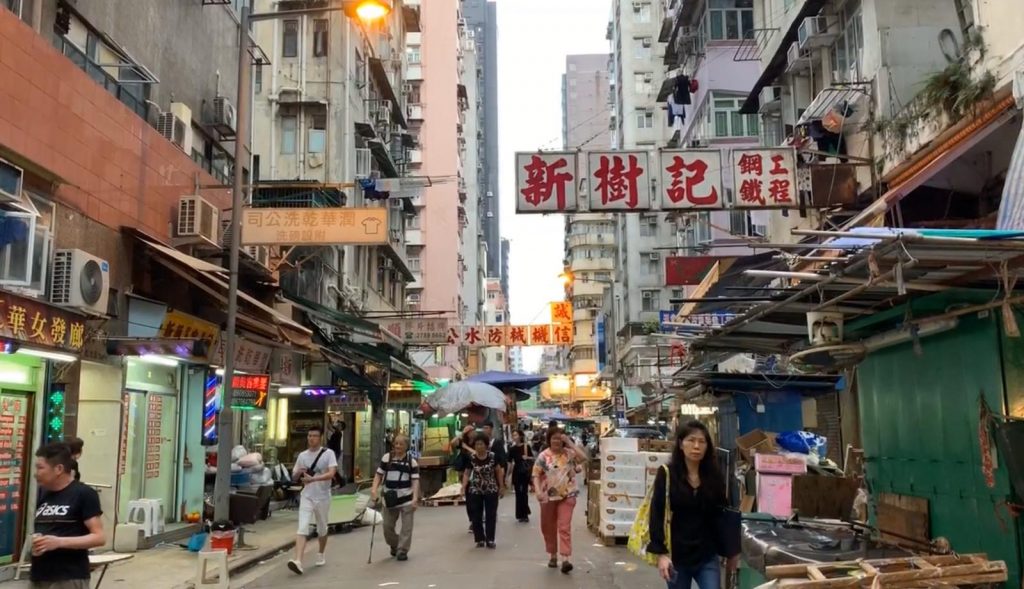 I am very astonished that some of you still call the protester who cut a policemen’s neck neutral, harmless names such as “teenager,” “孩子(kid),” or “student.” This guy attempted to seriously injure if not murder the officer – a human being, too! No condemnation from the so-called Hong Kong democrats, and no consolation to the heavily injured! (This crime was recorded by live reports and not able to be blocked by the umbrellas of the protestors, otherwise I guess it would be another so-called set-up in order to demonize the protesters.)

I’m actually fine with the fact that people chose to close an eye and focus on what they see and ignore something else – “although there is a substantial part of the populace that does not share the position of the radical protesters, which does not find an echo in our media either” (Karl-Heinz Pohl). But I find it unacceptable when you actually distort the facts. For instance, CNN once rushed to make a headline, saying that police threw petrol bombs at the protesters, and they also provided a video clip as evidence to prove the police brutality. It later turned out to be the other way around when more original videos were found: the petrol bombs were thrown at the police by the protesters. CNN apologized for this error later, but it is quite telling.

The more I watch and analyze, the more certain I am that many video clips provided by you were edited in order to avoid those ugly scenes in the protests which were likely to arouse in the audiences any antagonism against the so-called “peaceful protesters.” Most of your readers would never spend hours in watching live reports in order to picture an approximately whole story.  Also, even if  we watch those live reports, it is very interesting that in all the violent situations the cameras were chasing police forces and not focusing on the protesters. The protesters always used umbrellas to cover each other, especially when they were fiercely attacking people or vandalizing public properties. Some violent protesters smashed bystanders’ phones if they dared to record their criminal actions. They then posed as bystanders themselves after they removed their black shirts, to protest “peacefully” or condemn the police interference in front of cameras … Unfortunately, the clips that recorded the entire show of the protesters were often soon sunk by the more dominated narratives, as if they never existed.

I was taught to believe in the neutrality of journalism and journalistic objectivity. I studied film and TV directing as my first BA. BBC used to be one of my major source for news (and also for learning English). But I’m so disappointed in you because of the last two months. What has happened to you?  My disappointment is shared by many of my friends, but soon we witnessed a new low when BCC, CNN, Sky News, etc. rushed to “confirm” the 39 Asians who miserably died in a lorry at Sussex, were Chinese illegal immigrants, without any real evidence revealed by the police or any other parties at all. Of course, following this news was a tide of China bashing – to summarize, China is so hypocritical, it had a luxurious and patriotic celebration of 70-year anniversary not long ago while its people were risking life to escape from its greatness. I don’t know who is slapped harder on the face when more evidences prove that those poor souls were likely Vietnamese. 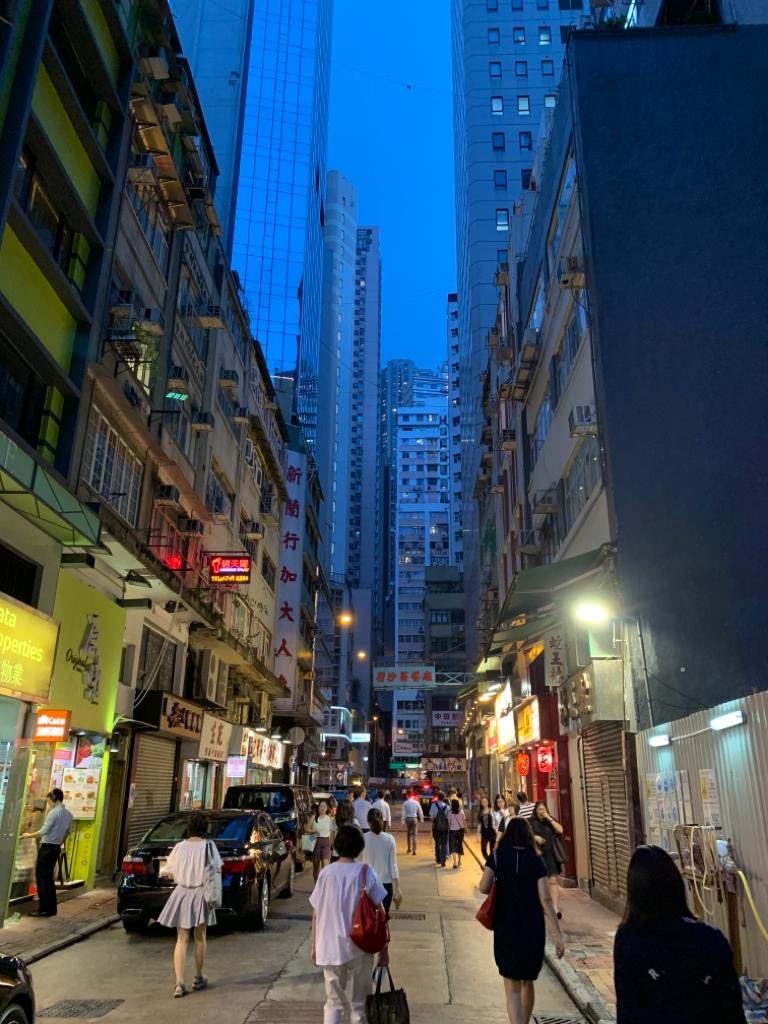 As the Chinese proverb goes, 水落石出 (water subsides and stones show), more facts will be revealed when the flood subsides.. It says that “飘风不终朝,骤雨不终日”(“A whirlwind does not last a morning, a downpour does not last a day.” Chapter 23 of the Daodejing ). The protests used the slogan “be water” – The Chinese phrase they used is “上善若水 (the highest good resembles water)” – and attributed this idea to Bruce Lee, who the Hong Kong martial arts star Tarantino is mocking so brilliantly in his latest film. They did not bother to do more research, which would have told them that this is an ancient idea that comes from the Daodejing, a Chinese classic. Those violent protesters apparently misunderstood the Daodeijing’s wisdom and did not learn many other insights from this book. They have a lofty cause that I also endorse, but I find there is something highly distorted.

I never felt so disappointed in you. People sometimes are stupid enough to drag themselves into unnecessary conflicts and even wars – dear Western mass media, what will be your role in this?  “Angel or demon, I don’t know” (I borrow the words from the old lady who helped to clean up the street blocked by the protestors).

I do have some hope though. To return to the start of my letter: Terence Moore of Forbes pointed out that a) people (including athletes) are entitled to their opinions regarding politically sensitive matters, and b) they should know their subject and  understand the ramifications of their words. James knew what he was talking about.  “The uncomfortable truth here is that both LeBron and his China-Hong Kong critics have legitimate points …” I encourage you to follow his example. I understand that you prefer to promote ‘free speech’, democracy, individualism. But let me remind you that there was no free speech in Hong Kong for a long time, and you were okay with that. Now that it returns to China, you all of a sudden feel the need to promote it – at all costs, it seems.

May Hong Kong be safe, prosperous and peaceful.