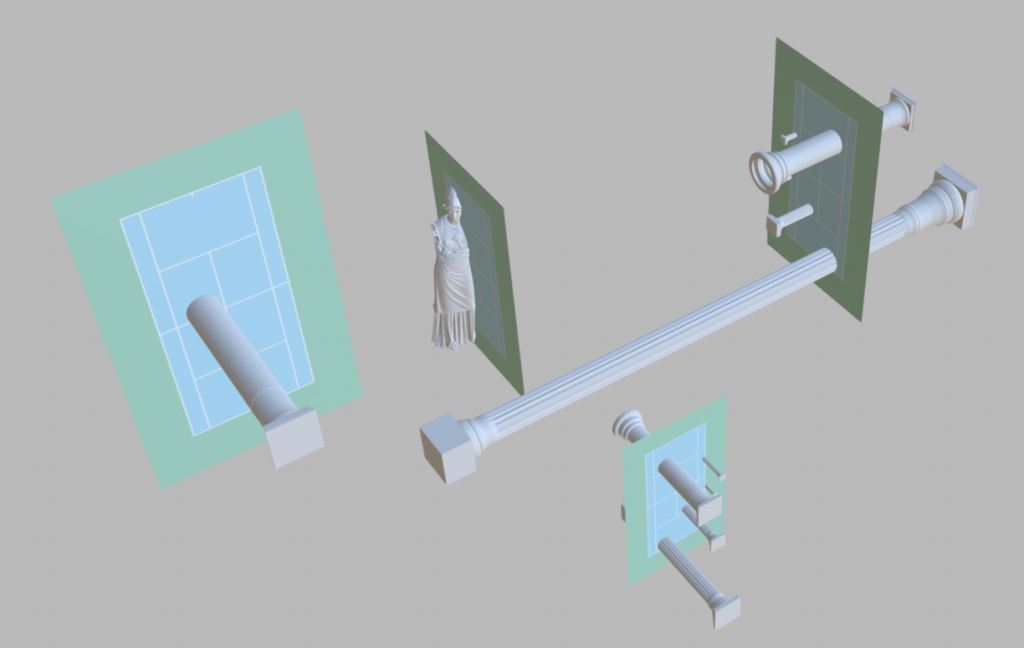 Today, the radical difference between the past and the future has become more pronounced than ever before. Since many structures have changed in relatively short time intervals and still continue to change, it has become quite obvious that whatever it is that awaits us tomorrow, it will substantially differ from what constitutes our present today.

This development goes hand in hand with the changing concept of future itself. If the present was previously viewed as an accumulation of past events and thus a stable entity, today the present is designed as a laboratory for future events. The future is ‘open’– it is no longer just unknown but somehow fatefully decided in advance. Fate rests in our hands and minds. It is precisely for this reason that the present has become a problem; a challenge to be taken up – in contrast to all older societies, which had found their safety exactly in that present.
There is very little dispute among scientists that most of the changes we are currently experiencing are driven by digital technology. The advent of the computer has brought about drastic, dramatic consequences, comparable only to the revolutions caused by the advent of language, of writing, and of the printing press. Digital media are transforming all domains of ‘life’ on a global scale. We are in the midst of massive change, in a phase of transition – on the doorstep, so to speak. Whether or not it is going to be a brave new world we do not know. All we know is that it will differ in central aspects from the old analog world we are about to leave behind.
Transitional states stand to tell us much, not only about the course of media theory and history, but also about the broad conditions by which media have been shaping us and are shaping us now. But just as no one can remain in the present forever, no one can go into the future ahead of time. Whatever is presented as the future can only been seen from the horizons of the present – as a present future.
The conference Futures of Media addresses these horizons of the present, also known as the future, with regard to media and digital technology – a platform bringing together international scholars, researchers, artists, and practitioners to engage in in-depth debates on how various media shape the future of our society and vice versa.

More than any other human endeavor, art takes the openness of the future seriously; more than other activity, it envisions and embodies the future today. Digital technology has not only created novel research and discourse possibilities, it has also enabled art to activate the hitherto unimagined dimensions of sense and reality constructions, significantly affecting processes and products from film to television to writing to the visual and performing arts.

At our first Futures of Media Conference, we will take a closer look at the future visions of media that art has to offer. With reference to Giambattista Vico, we want to recall the poetic principle of science – poiesis in the sense of formation, of shaping – and also recall the fact that science itself is anything but objective, but always already a creator of the world. Here, art is viewed as an inclusive practice with no high-low division between itself. However, it is enacted by cultural and creative industries which themselves warrant a closer look.  We invite scientists, students, cultural practitioners, and present and future artists to this transdisciplinary polylogue.

Possible areas of enquiry are:

What is the relationship between art and science, and especially media theory? What are their possible areas of con-/divergence in the digital world?

Is the so-called “third culture” – the fusion of art and science – an ideal or reality? How poetic is science today – which kinds of work does it produce and in what waydo artists reflect their own production processes? How scientific is art today?

How does contemporary art reveal re-conceptualizations of the self and the world that break with traditional media perspectives? Which contemporary forms of self-expression has art generated, and how are these mirrored in self art (as for instance in ‘selfies’)?

How do the present digital conditions affect the work of art, and how are our modes of perception affected? Can – as Walter Benjamin once hoped – our media research on how art envisions and embodies the future today contribute to politics and activism?

How do contemporary artists shape the relationship between reality and virtuality, fact and fiction? Which blurred boundaries and new trends can be observed? Can hacking be observed as art? Which new genres or programs can be identified?

How do digital media affect art, and how does new media art affect the formats in which cultures and people create notions of identity?

What lessons can be drawn from “futures past” (Koselleck) – as proposed by both science and art, from now-faded visions of a formerly new time that has now become old?

How does the digital replace the analogue and to what end? Does this move in itself change society, or is there a continuation of sorts at work?

How does globalization effect digital artistic production? Does it include or preclude post-colonial views? How so?

Are we really facing a global digital revolution? Or is the ‘global village’ nothing but wishful thinking, ignoring the digital divide between industrialized nations and the so-called third world? What about the “techno-illiterate artists” Guillermo Gómez-Pena speaks about, living south of the digital border? Are the debates around art and digital technology permeated by a “quiet ethnocentrism”?

How does the minimal level of government support for the arts in countries like the United States, and vice versa the support of major publicly-funded institutions in Europe affect the development of media arts?

In order to present at the conference, your abstract must first pass a double blind peer review. Upon payment of registration fees, your presentation will be confirmed.