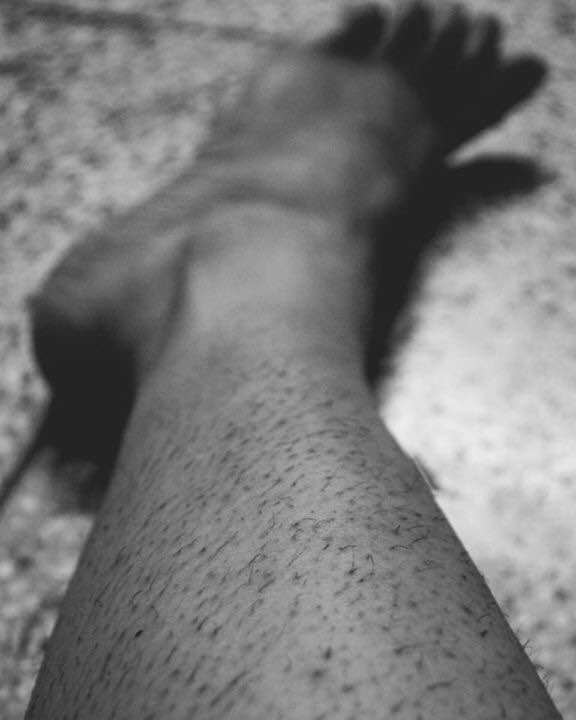 “When a man tells me

I don’t believe him.

Instead, I relive my days in high school

When no matter how good I was

I was always the girl with a moustache

to grow up in your maternal family

Where your body is the only one that

Proudly boasts of your father’s X

While your mother’s X sits back and pities

He doesn’t know the teenager

Who filled her corners with

Being loved for who she was- someday.

He doesn’t know of the world that

tells you to ‘be yourself’

and sells you a fair and lovely shade card

in the same fucking breath

He doesn’t know of the hot wax and the laser

whose only purpose is to

with its own brand of womanhood

He doesn’t know of the veet and the bleach

That uproot your robust hair

in the name of hygiene

Hygiene, which when followed by men

makes them gay and unmanly

He doesn’t know how unruly eyebrows are tamed

and how uni brows die a silent death

All to preserve beauty

And of the torturous miracles that happen

Inside the doors marked

So when a man calls me beautiful

I throw at him, a smile; a smile that remained

After everything the strip pulled away

And I dare him

Till my hair grows back.”

The poem took the internet by storm, being shared wildly by mostly South Asian women who said that they related strongly to the material. The poet, Naina Kataria, called out and challenged the painful and widespread beauty standard for women, which sees hairlessness as feminine and body hair as masculine. Overnight, Kataria’s poem was a viral sensation, and the poet herself was a star.

I got in touch with her and asked her how she felt about the fame she has received to which she said, “Arre yaar. Please. I’m not an actor so I’ve never had an intention of being famous. I just wanted to put myself out there and tell other women that they are not alone in this.” When the poem was first published, Kataria published it on her Facebook blog without a name, and said that she had initially wished to keep it anonymous, since she did not want people to focus on who she was, and rather revel in the message of the poem. “If you like what I wrote, stop ridiculing hairy women. Simple as that.” She only claimed credit for the poem to avoid accusations of plagiarism if she ever wanted to take the poem forward.

Kataria explained that she used to intern at a men’s website and often, she would overhear her male, and even at times, female colleagues commenting on women’s facial hair, which she found very disheartening. The turning point, however, was when she went to watch a movie with a friend and saw a commercial for razors aimed at women. “I remarked that celebrities shouldn’t endorse such products because it sends out a message that one HAS to buy them to look beautiful,” and her friend shrugged it off and told her she was “too feminist”. That’s when Kataria started mulling over the issue of beauty and femininity tied with the idea of the hairless female body.

“They keep saying that it’s optional, but I believe otherwise because these norms are something that are just ingrained into us. If a girl, at the impressionable age of 13-14, seeing everyone, including her mom, her sister, her favorite celebrities – who usually are our role models -, getting all these things done to look groomed, she is likely to do the same. She is likely to follow their footsteps and get these things done to match their definition of beauty.”

She also started to wonder at how this process was kept hidden from men. Women go through these painful processes every few weeks and men have no idea of the extent of them. “So when I thread my eyebrows and wax almost every part of my body raw, I ought to not believe a man who says that I’m beautiful, because he’s clearly not complimenting me, he’s complimenting all the torturous efforts that I have gone through to match an unsaid yet mandatory standard. I am pretty sure he wouldn’t appreciate me the same with bushy eyebrows and hairy legs, which is why his appreciation for my looks is a delusion.”

“The response has been insane. Unexpectedly insane. There was too much in me to carry it all; I needed to let it out. And if there was the slightest chance that someone else was in the same state as me, they should know they aren’t alone. Because I know what being alone feels like and I swear I don’t want anyone else to go through that.”

I asked her if there was a flip side to all of this- whether she was receiving any hate, as is so often the case with the internet, and she admitted that where she was receiving praise, she was also being severely criticized. “There were men who said ‘we don’t tell our girlfriends to wax, why are you blaming us, why are you male bashing?’ and I tried responding to them. See, my job is to clarify as much as possible.” I told her that actually, no, that wasn’t her job at all as a poet, and that she should not be attacked for putting her views and feelings out there, to which she responded, “I know that. But still, I tried as much as possible.” She said that the response from men came in three ways. The first was from men who were completely insensitive and made fun of her in the comments- she disregarded these and took their mean remarks as motivation to continue on with this.

The second kind were from men who claimed that Kataria was male bashing and placing the blame where it did not belong. “People on social media are quick to judge a feminist post as male bashing. I told them that the idea of this poem was not to bash any person. It speaks of a mentality; a mindset. I don’t blame men for expecting their women to look a certain level of ‘pretty’. I don’t have a problem if women want to spend hours removing all the hair on their bodies. But just ask yourselves one simple question. Is your definition of beauty being defined by you or someone else? Was it subtly ingrained into you when you saw the people closest to you or your favorite actress getting all of these things done? They keep saying hair removal is a choice. How is it a choice when hairy women are ridiculed everywhere?”

Next, Kataria said that the third kind of men who commented were very supportive of her work and ideology, and they said that her poem was a rebellious act against unrealistic standards of beauty, and that they applauded her for it.

Personally, it was an incredible experience for me to able to speak with Naina, since her work struck such a chord with me. I am not a delicate girl with light peach fuzz and barely-there hair. No, like everything else about me, my body hair is prominent and unsightly and it is not what society would call beautiful. Struggling with body image issues is not easy – it is a constant battle every single day because you cannot escape your body and the way you look. For someone like me, Naina Kataria’s poem did exactly what she had sought to do – it reminded me that I am not alone, and that a woman from New Delhi faces the same thing I do, and that 44000 other people also struggle with this.

So, Naina Kataria, thank you.