“Music is the oldest language on earth” – Interview with Bugge Wesseltoft 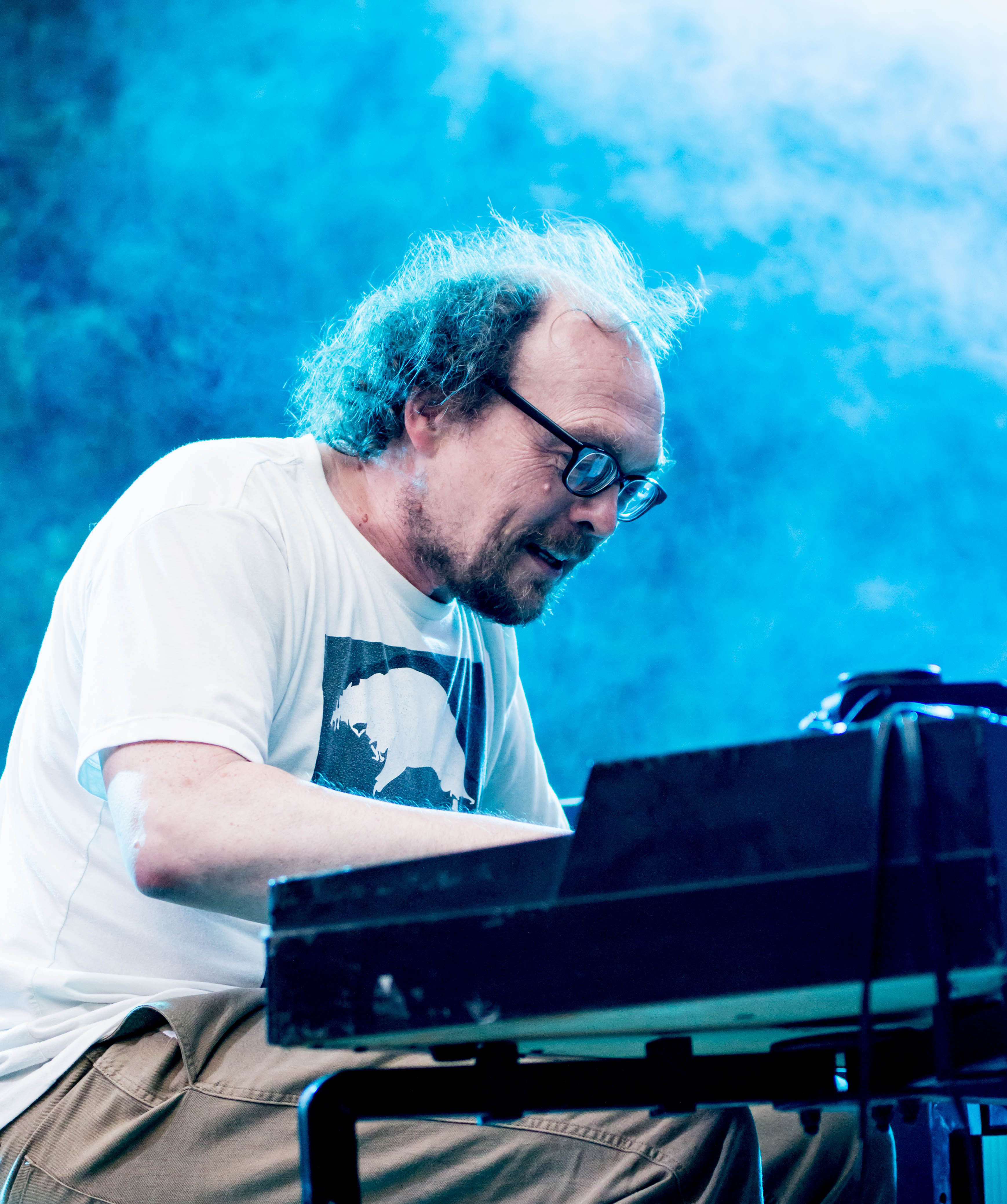 Hi Bugge, how are you?

As we told you before, the media club of Habib University has this interview series called “Statementors”, in which we not so much ask questions but say statements, and the interviewee – our ‘mentor’ – has to respond to those statements, in whatever way he or she likes. We have around eight statements for you. Ready?

Well, I would have to say that jazz has never been and never will be as popular as for example pop music, because it is a kind of music for special interest. In the beginning, jazz was the dance music of its time. It was a very popular music in 20’s and 30’s, but of course then rock music came with Elvis Presley and then the Rolling Stones and the Beatles, the young people wanted to have that rather than jazz. But still I feel jazz has an importance, because it is a very true and unique art form in the sense that as a listener what you get when you hear a jazz concert is something that has never been done before, and never will be done again, and I think that is an incredible thing. That is why I love jazz. It’s momentarily art, it is art made at and for the moment! And you can see the whole progress of this art in comparison with for example a writer who writes his book and publishes it, a film maker makes his film. Music, jazz music is made while watching it, and this is something I think is unique. One last thing I think about Jazz is its historical ability to always take new inspirations, that’s been an ongoing thing. And because music became so global via internet, there are all these inspirations. So Jazz has been an inspiration to electronic music and electronic music has been an inspiration for jazz, so there has been this contestant merge going on, which I love very much. Jazz is … not uninteresting at least.

Alright, what do you have to say about this: “Success proves nothing.”

This is true – to a certain extent. On the other side, let’s say an artist just does something for her or himself or life, then you miss out the actual meeting with someone. See, for me personally the value of art, anything in art, is the meeting between the art and the observer. That’s where the value is. So in that term success doesn’t prove anything but activity.

Yes [ laughs out loud]. No, I am not a genius! I had a wonderful meeting yesterday with one of the most famous classical singers in Pakistan, he also does classes. He was 73 years old, a fantastic person, and we spoke about a lot of things, and he said: The day you become a master is the day you die. So he, at this age, still referred to himself as a student, and I think that is just wonderful.

“Free Jazz is not free.”

That is true! Is this like ‘true or false’? Is this what it is? I like Free Jazz! It has a certain energy, almost like a left wing movement, against mainstream. It’s quite political. But there are a lot of rules in Free Jazz. There is a lot of what you can’t play, and if you play it, people will say: “Stop! You are not allowed to play that …” I don’t believe in no rules. There is nothing that has no rules. Rules can be anything, but for me in music rather than talking about rules and what is forbidden or cannot be played or stuff like that, I prefer to talk about a core. So everything you do in everything has to have a-some sort of a core [hands form a circle]. And then you can move around that core and stretch your ideas from that core, you have to have something in the center that you believe in or that you try to project out. Like a main philosophy for example, because what is important is again the meeting of the art and the observer. People have to understand that core. In Pakistani classical music, that would be the scale.  When you start singing, everyone knows the scale. A scale could for example be seven notes. So people would know those notes. But then, you could move freely around with those free notes. And I think that’s constant, because then everyone understands that the core is the seven notes and then you stretch out from that core. And that makes it readable.

Alright. Here’s the next one: “Talent is overrated.”

True! [Laughter]. Do I have to answer more? There was this interesting book called The Outliers: The Story of Success, in which this guy [Malcolm Gladwell] is trying to prove that there is no such thing as talent, and I love that book really, because you will always hear people say things like “Oh man you know, he or she is so talented, or untalented”. But a lot of statistics and everything prove that it takes hard work. And that combination of spending a lot of time with what you do means that you also have a  chance to do that,  you know for example financially or economically you have a chance to really dig in to what you are really doing and you have the time frame. That is the key. Hard working and hard thinking along your subject. There is this magic number, ten thousand hours – if you practice something for ten thousand hours, you will be very very good at what you do. Regardless of your talent. So I don’t believe in talent.

“Eastern Music is not innovative.”

Oooouh! That’s not true! How can you say that? Eastern music is probably the root of all modern music. It seems to be that a lot of the music we hear both in the West and the East today originated from or has a very strong source from Rajasthan, from the gyspy people who went up from Rajasthana hundreds or thousands of years ago, went via Pakistan to Turkey to North Africa to Europe, and everything that they did was extremely musical, it affected all types of music. And the magic thing about gypsy music is wherever they would go they would combine their roots with the local music there, so they were the first jazz musicians maybe. So I think Eastern music is and always has been very innovative and even though I don’t know much about the Pakistani music scene yet, the stuff I see is fantastic, mainly the mix of classical Pakistani music with modern music is amazing, but I’m sure there are a lot of young great people – see? I did not say talented people! – who are doing very interesting stuff around in Pakistan and I’m really looking forward to hearing that. I think within a year with all this EDM movement we will see world hits from Pakistan soon, I’m very very sure.

Ok, what about this one: “Noone really needs music.”

No, that is absolutely not true, everyone needs music. I mean music is everywhere. Sometimes I think it’s just too much music, it’s a lot of music, it is used for selling products, it is used even when you use the elevator, and somehow all that music at some stage I think looses its energy, you know. But in my opinion I think music has a fantastic energy, music in its root has good energy, and it is inviting energy, and it’s a statement energy. I think personally I see music as the oldest language on earth. If you listen to traditional music you see it’s similar all over the world, based on the same ideas. And my theory is not proven, but it’s my theory, that music is older than languages and than words.

This is interesting. There are a lot of theories out about the origins of communication, and they’re all speculative, because nobody was there when it happened. But most of them see language and music evolve side by side. Your idea is: Music came first?

Well, as I said it’s not really scientifically proven yet …

And it never will be! Unless someone builds us a time machine.

I kind of heard and discovered this idea in the 9o’s. My wife was working in East Africa and we were there for some months and I discovered this incredible music, some years later, and then I went to Tibet and discovered the same type of music, and then I would go to Japan for concerts and I heard Shamishen music which was very, very similar to East African music. So that’s my theory, that it’s the core of of songs [hums a beautiful tune]. It’s a universal thing a global thing and it’s the oldest messaging thing humans have.

Please find here the full concert of Bugge playing with Gumby at Habib University, recorded and directed by Mohammad Hamza Alam. Thanks to Aamir Khadim and Nadeem Abbas!