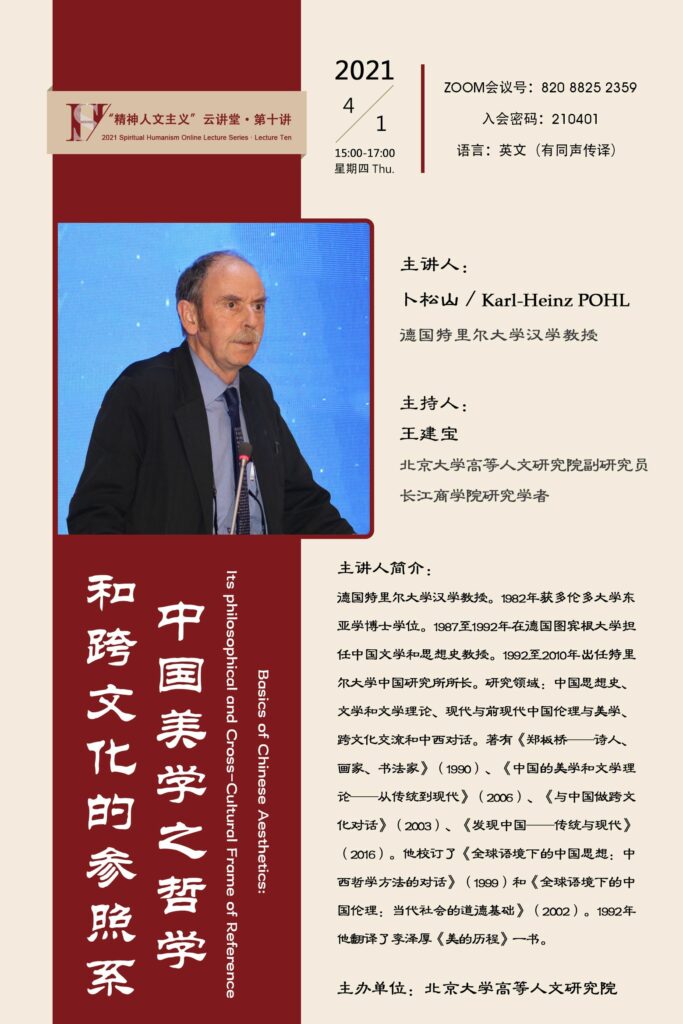 In this lecture, which will be in English with English-Chinese bilingual PPT slides, Karl-Heinz Pohl (卜松山) looks at the “Basics of Chinese Aesthetics – Its Philosophical and Cross-Cultural Frame of Reference”.

For Pohl, a “symbolic and aesthetic orientation” (references to literature, art, religion and philosophy) is considered to be at the base of cultural identity; hence, art and aesthetics form particularly significant parts of culture. In his presentation, he will take a closer look at such culturally specific features of Chinese aesthetics. Linguistic aspects and the philosophical background of Chinese aesthetics will be elucidated as follows:

3. Confucianism: The nexus of art and morality – literature and art as a reflection of the character of the poet/artist (诗/书/画如其人); poetry as a way of expressing (moral) intent (诗言志); literature as a vehicle for the expression of the (moral) “Way” (载道).

Pohl: “Chinese and Western aesthetics appear to be worlds apart, and there seems to be – historically – quite some misunderstanding in the mutual perception, based on ignorance,  particularly on the Western side, such as Hegel’s comments. Without a knowledge of the different philosophical frame of reference, an appreciation of the respective forms of art can only be superficial.”