“I am my own role model” – Interview with a Pakistani refugee 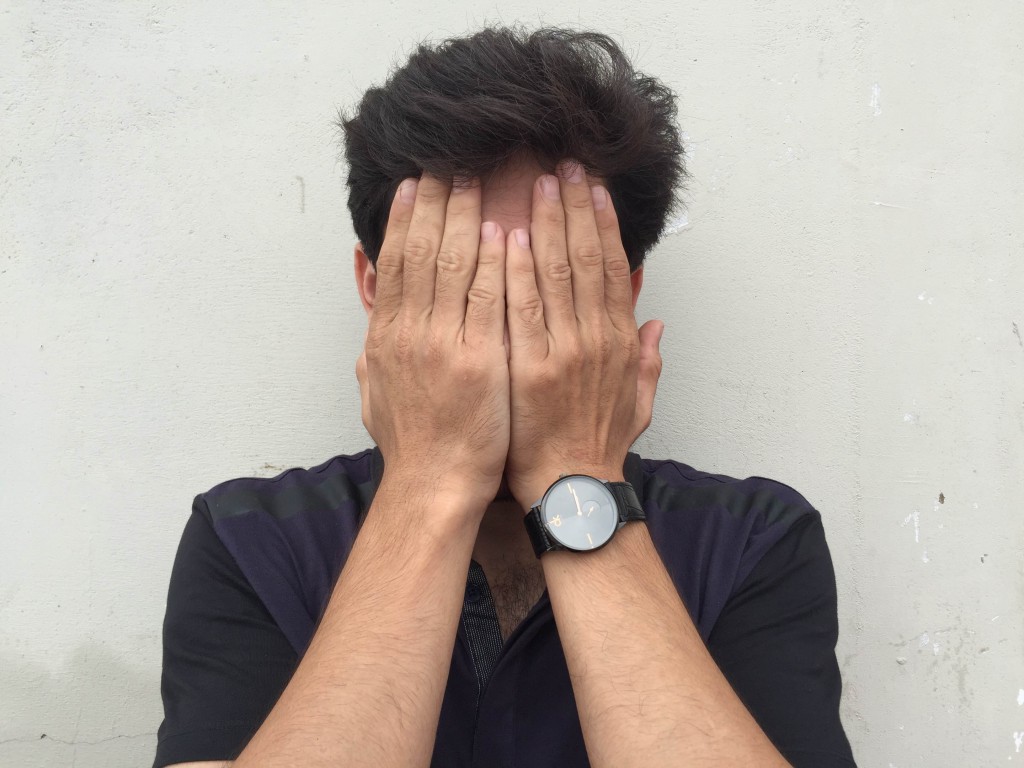 Ali is a young Pakistani refugee who managed to slip between the legal cracks and has now found a new home and a job in Germany. Unfortunately, the German government has no interest in telling these success stories, in case other refugees are encouraged. On one hand, we have Merkel’s symbolic gesture: Wir schaffen das – We can manage it. On the other hand, there is a new unofficial policy in place to not encourage more refugees to seek shelter in Germany. It is this hypocrisy and double-standard that keeps stories like Ali’s buried under massive amounts of fear and suspicion cultivated towards refugees.

Ali, where exactly are you from?

I was born in Sialkot, Punjab – the city of sport – and then I experienced the scary life of Karachi for a while before my destiny brought me here to Europe.

Your country is famous for it’s rich musical heritage and its lively and diversive music scene. What music do you like?

I love listening to Pakistani music, but at the same time I also enjoy English music. Rahat Fateh Ali Khan is my favorite Pakistani singer. My favorite actors are Tom Cruise and Vin Diesel.

Do you have any idols?

I am my own role model, and I set goals for myself. I work hard to achieve those goals and then leave the rest to Allah.

Do you have a dream?

My dream is to see the world, especially Australia and the USA. I want to experience what life is like in those parts of the world and I also want to perform Hajj.

Well, so far you did a good job. Not everybody manages to get to Germany. How did you get here?

I came here in closed containers, cars, and buses. I’ve covered a very long way by walking and running. I didn’t have any visa or permission letter in hand so it wasn’t a legal journey …

Why did you leave your home country? It’s raining most of the time in Germany. In Pakistan, the sun is always shining, men can walk hand in hand without being discriminated against as homosexuals …

Yes, the sun is shining in Pakistan, but only for those who possess power and have contacts in public office and politics. A common man in Pakistan hardly makes enough to earn bread and butter for himself and his dependants. Pakistan is just for rich people, the poor of Pakistan get no respect. Those who drive cars think that the ones with bicycles are like insects. There are only 2 classes in Pakistan, the upper class and the lower class. Sometimes all you need is some respect … justice … equality. And also a bit of money to bring food to the table. That was all missing there and that’s the reason I left. Not for weather, not for money, but for dignity and equality.

What would you say are the biggest differences between Pakistan and Germany?

Personal values, equality, justice, and moral standards. In Germany, people offer to the poor communities and respect each other – all these things are lacking in Pakistan but are present in Germany.

What do you miss the most?

I miss my native language, praying five times in the mosque, some of our traditional food. And my friends.

Do you remember any incident where you thought: “Oh my god, these Germans are strange people?”

Males are working at home! That was surprising for me because in back in Pakistan men are normally the leaders of their families and don’t do a single household chore. But here men are doing their household work. Children here live separately from families and children don’t take care of old parents. I find that very strange.

Me, too. It’s strange and it’s sad. But working at home isn’t too bad. And the similarities? What do both countries have in common?

People of both countries are hard-working, but unfortunately we don’t have honest politicians like there are in Germany.

You told me it wasn’t easy for you to get the required documents for your passport – you waited for ages, but when you paid a large amount of money and got it right away.

I think that the whole system of Pakistan is corrupt. You can’t stop low public officials from corruption when ministers in parliament are corrupt themselves.

Did you face any forms of racism in Germany so far?

Yes. Not very often, but at every step here and there you have to face some harsh comments. I take it as a challenge though, and tell myself that I’ll work hard and change people’s way of thinking. It’s like a part of my life now – you have to be strong to overcome these problems.

Did you notice a change in the way how people act towards you after those terrorist attacks in Nice, Würzburg and Reutlingen?

Every Muslim believes that in taking life of one human being, you kill all of humanity. Those terrorists are not Muslim, I think that it’s just a conspiracy against Islam and the Muslim world. The reaction of people is harsh and conspicuous. There is a sense of hatred among the people. It seems as though someone is planning a religious war – but Muslims are not terrorists. Terrorists have no religion.

Do you understand that a lot of Germans are afraid of immigrants?

There are different kinds of immigrants who come from different regions of the world. Some are hardworking, some lazy, and some aggressive – some see this as an opportunity for a better life, a better future and they play their role in the betterment of society. Unfortunately, not all immigrants have such views. I have noticed that particularly those from Morocco and Algeria just steal things, cause fights and make things difficult for other people. But we must see every person on the basis of individual merit – every person is different and lives life accordingly.

In Pakistan, women are dressed much more modestly than in Germany. Some people say it’s the women’s fault if they are sexually harassed, they shouldn’t dress up like that. What is your take on that? And, honestly, do you personally find the way some women dress in the so-called Western countries problematic?

In our culture women are dressed modestly, yes the Western style of dressing is a bit awkward to someone who is new here, but at the same time Islam teaches us patience and respect for other religions and cultures. Girls wearing skirts is a part of Western culture and we must respect it – I do. In Pakistan, the richer society dresses themselves in Western fashions, and we have all seen and experienced it now. Our women are also look hot in their cultural dress, it’s all about patience and respect for the women. It really is an individual thing. Every person has his views about women and their clothes, but Islam teaches us patience, dignity, tolerance and respect for women, so losing control is strange to hear about.

Do you like football? I know you’re a fantastic cricket player, but cricket isn’t really popular in Germany …

I love to watch football, but when it comes to playing I’m not that good. I still enjoy playing it, though … I really followed Bundesliga or Champions League Games – I also like the World Cup. Ronaldo and Toni Kroos are my favorite players. And yes, unfortunately cricket isn’t popular here, but we do play with each other just for a fun.

You know what Angela Merkel said: “Wir schaffen das.” Some call her naive. What do you think?

I take it as a belief that she holds in us, and I personally try my level best to keep this belief going.