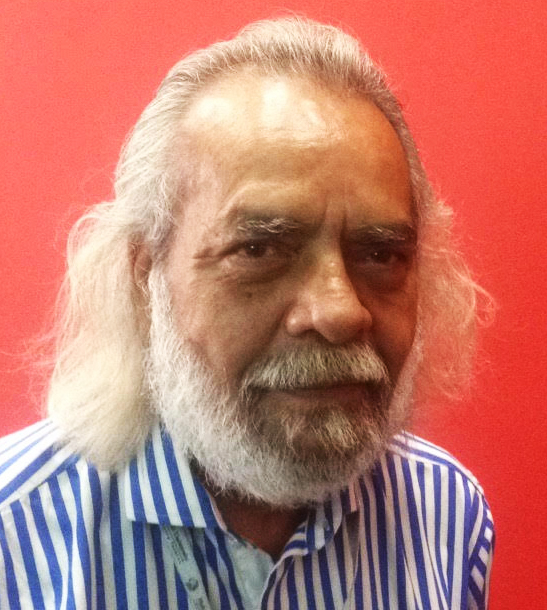 The roadside shadows, houses, walls, the rim of rooftops;
over the rooftops the moon bared her breast, softly
like a woman who has just unfastened her blouse, softly,

There is a lake of blue under the edge of the rooftops,
blue of frozen shadows.

In that blue lake the bubble of a leaf floats in silence,
floats for a moment, sails and breaks, softly.

The wine glass, the wine bottle, the roses of your hands
emerge like the memory of a dream, come into being
and dissolve, softly.

The heart repeats some words of love, softly.
You said, “More softly.”
The moon went down and said, “Still more softly.”