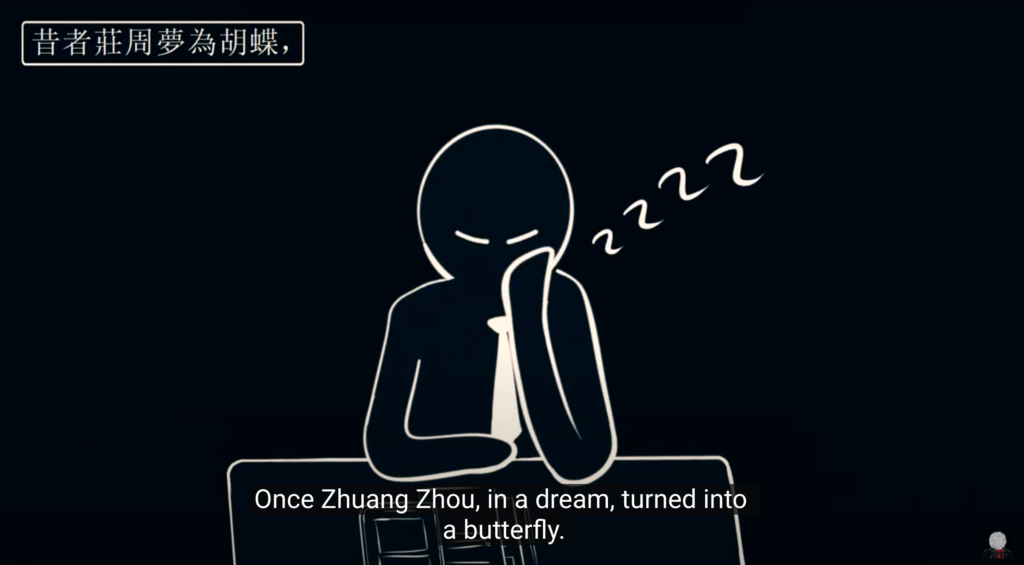 Professor Moeller, congratulations to your new project, Philosophy in Motion. In a nutshell: What is this YouTube channel all about?

The therapeutic aspect seems to be very important when Asian philosophy is adopted by ‘Westerners’. I guess you are addressing mostly a Western audience – as Chinese people are familiar with the Zhuangzi?

You are partly right. With our YouTube channel we’re trying to reach non-Chinese viewers – not only “Westerners”, though. One intention is to show that the philosophy of the Zhuangzi – Daoist philosophy –  is not just something “oriental” or “spiritual”. In the animations and scripts, we try to minimize “oriental” images and ideas. We think that the Zhuangzi’s Daoism addresses a lot of existential and sociopolitical issues that are relevant today and neither particularly “Eastern” nor some abstract “universal truths.” We also have a Chinese channel on Bilibili. In China, too, Daoist philosophy is not that well known. Confucianism is still dominant, and Daoism is often mainly regarded as a folk religion and not that much as interesting philosophy.

What exactly is the Zhuangzi – and what is it you find so interesting about it?

The Zhuangzi is an early Daoist text probably going back to the 3rd or 4th century BCE. According to tradition, it was written by the person you just called ‘Master Zhuang’, Zhuang Zhou. But there is little historical evidence for this. It may be a collection of various sources. The text is full of philosophical allegories and reflections and rightly regarded a philosophical and literary masterpiece. It is especially interesting because of its subtle humour and its daring challenges of the mainstream ideologies of the time. Historically, it has had significant influence on the later formation of Zen-Buddhism in China.

What makes its stories relevant, what do you think? Haven’t they always been relevant – or are they especially relevant today?

I think Daoism is especially relevant today in times of increasing fundamentalism or dogmatism – ideologically, politically, religiously, and morally – on the left and on the right. The Zhuangzi undermines dogmatic thought and practice and promotes intellectual and existential ease, flexibility, tolerance, and complexity.

Can you be a bit more specific about the subversive element? What is subversive about them? Do you maybe have an example from one of the first two videos?

In the story of Hundun’s death, the formless Hundun is killed by his “peers” who, out of misguided kindness, drill a face into him to make him look human. This story subverts the human tendency to allow oneself to be uncritically socialized by the “culture” that surrounds us. It illustrated – more than two millennia ago! – how identity is socially constructed and often forcefully drilled into people. 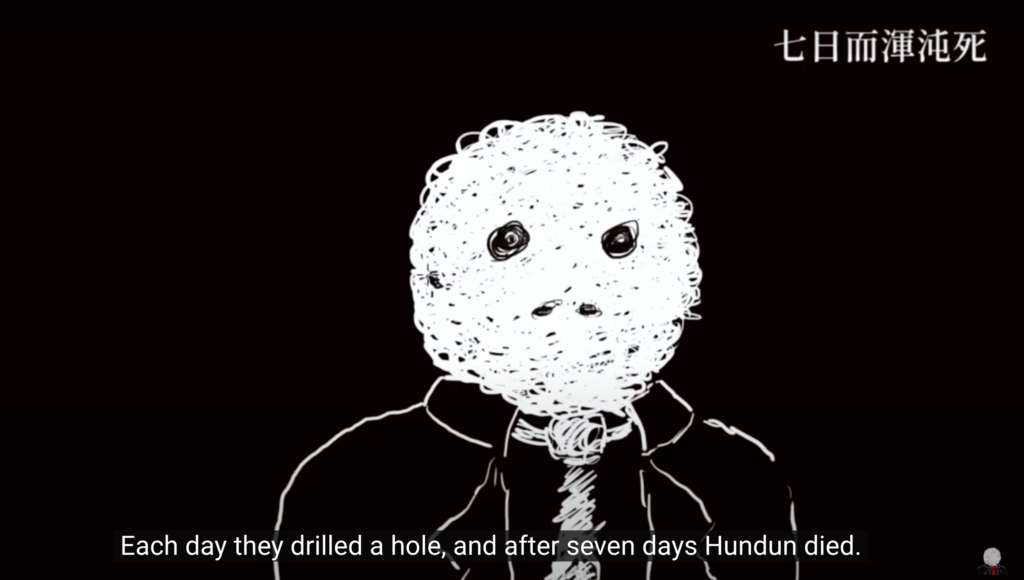 What is the background here, did you wake up one day and thought: The time is right to teach the world the Zhuganzi via moving image?

The background is: I originally intended to make a book with my collected interpretations of Zhuangzi stories. But since books are no longer the ideal medium, the Zhuangzi stories naturally lend themselves to animation, my local student Fai is a hobby-YouTuber, my ex-student Rory O’Neill is a talented and enthusiastic illustrator, and my ex-doctoral student Manuel Rivera Espinoza is a Zhuangzi fan, we had a good basic framework for this project. Then other ex-students and friends, Andrea Martinez, Inbal Shamir, Jerry Schmidt, animator Ron Lei, and Simon Barber, the narrator of my audio book “Daoism Explained”, joined us.

It is nice that you say: these stories ‘naturally lend themselves to animation’. It’s fate then, this project was always supposed to be!

To be frank, I think a reason why the Zhuangzi is not as widely known as it deserves is that its way of communicating through stories and allegories has been somewhat obstructed by highly “metaphysical” academic readings on the one hand and by almost “too holy” readings by the – Western – new-age community on the other hand. Maybe animation is a good way to let the stories communicate more effectively, more easily.

What makes your videos so outstanding is that they are individually drawn. The first two videos show certain stylistic characteristics – the white on black – , but they also use two different styles, one with very clear outlines, the other wild and fuzzy and scrawly … Were they both done by Rory?

The clearly outlined animation, the Butterfly Dream story, is by Ron Lei, who is from Macau, and the fuzzier one, Hundun’s Death Story, is by Rory O’Neill, originally from Ireland, now at East China Normal University in Shanghai. We decided on a relatively minimalist style, mostly black and white, because we did not want the animation to be too “loud” and overpower the literary basis of the story. It is supposed to support, not to replace the text. Also, we intentionally wanted to make the animation as culturally and gender neutral as possible – to avoid the typical “orientalist” framing of Chinese philosophy.

Any hidden hints at traditional Asian – Chinese –  drawings in there people like myself may not be able to decode?

You are right, the black/white style also reflects the aesthetics of Chinese calligraphy and ink paintings. And yet, as mentioned, we hope it does not look too “traditional”, or “Asian”, but hopefully also not too “Western” or “American”. We aim more at a “postmodernist” than at a “traditionalist” style. 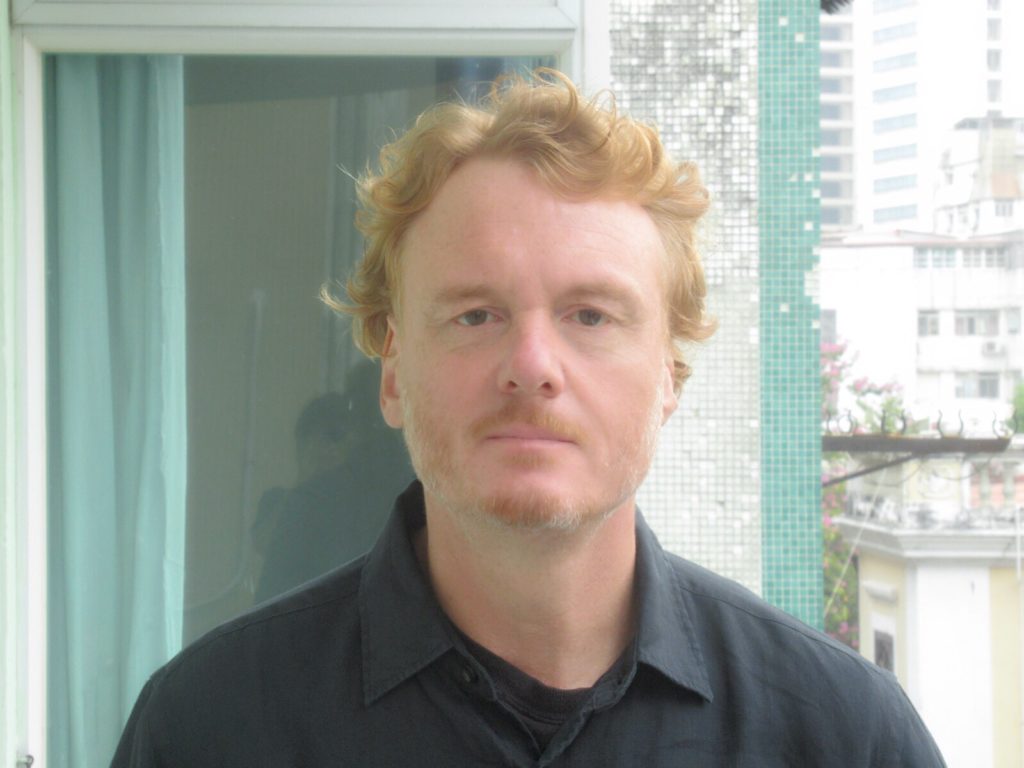 Hans-Georg Moeller is Professor of Philosophy at the University of Macau, China. He is concerned with social and existential questions against the background of Daoist philosophy and Niklas Luhmann’s theory of society. He is the author of You and Your Profile, among others: Identity after Authenticity (forthcoming) and Genuine Pretending: On the Philosophy of the Zhuangzi (both with Paul D’Ambrosio), The Radical Luhmann, The Moral Fool: A Case for Amorality (all Columbia University Press) and In der Mitte des Kreises: Daoistisches Denken (In the middle of the circle: Daoist Thought) (Suhrkamp/Insel).

Will you stick to this style, or are you open to others? Like, coloured or 3-D animations? Or maybe ‘real life’ footage?

In the spirit of the Zhuangzi, we are not dogmatic about style. Any suggestions are welcome. More colour is certainly an option. I am very hesitant toward “talking heads” though. A problem with “real life” footage can be capitalist copyright – otherwise we might have included some. We have no budget for the videos.

What will the next stories be about, have you already selected them?

It will only get better!

Indeed I am. Here’s what’s to come next:

Butcher Ding: A butcher performing a most beautiful ritual slaughter: A celebration of spiritual skill or a satirical critique of violent politics?

The Happiness of Fish: Two philosophers argue about the happiness of fish: A story about what we can know or about how we can be happy?

The Hunt: A cicada caught by a mantis preyed on by a bird hunted by a man: A story about eating and being eaten, or about seeing and being seen?

Owls and Crows Crave Mice: Why do only humans, but not animals, quarrel about how to live, what to eat, and how to have sex?

Last question: I am a Muslim. What can especially Muslims learn from the Zhuangzi?

Oh, this is difficult. Probably also Muslims, like others, can benefit from the light-heartedness and often comical ambiguity of the stories of the Zhuangzi. Like jokes, philosophy can show people that reality need not be reduced to one ultimate “morale,” but consists of often contradictory, paradoxical, and yet meaningful and enjoyable layers, components, and perspectives.

Thank you, Professor Moeller. Very much looking forward to the next videos. A little Zhuangzi therapy is exactly what this pandemic-ridden, fundamentalist world of today needs.

Thank you, Arqam, for your kind words, your interest in our Zhuangzi videos, and for giving me an opportunity to talk about them here!