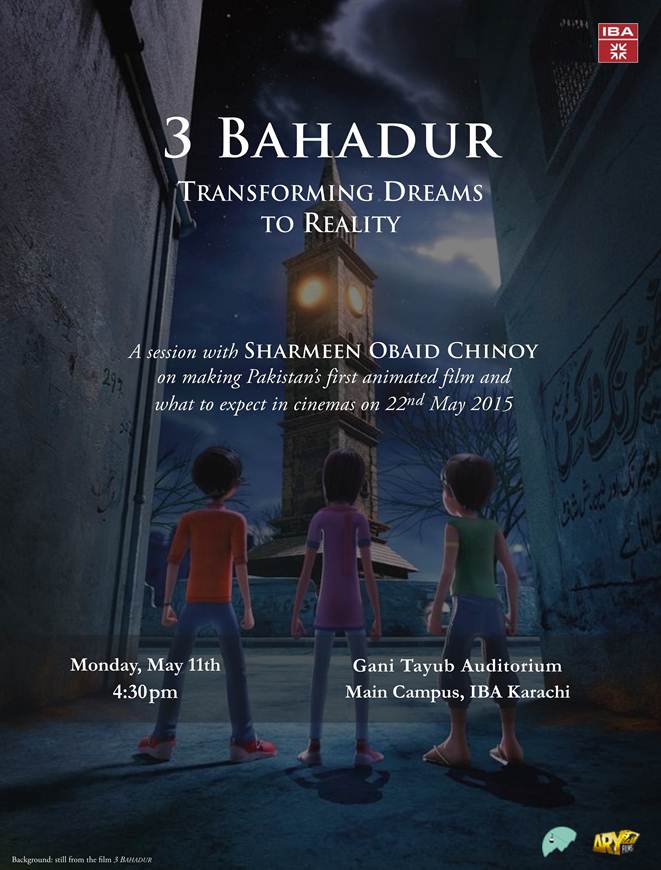 Oscar and Emmy winning documentary filmmaker Sharmeen Obaid Chinoy will be speaking at IBA on Monday, May 11th, 4:30pm, in the Gani Tayub Auditorium at Main Campus. Ms. Chinoy will speak about her most recent film, Pakistan’s first animated feature film which opens nationwide on May 22nd.

Over the past fifteen years, Ms. Chinoy has made over a dozen award winning films. These include Saving Face, Transgenders: Pakistan’s Open Secret,Pakistan’s Taliban Generation,  and most recently, Song of Lahore (which had its world premiere a few weeks ago at the Tribeca Film Festival in New York).