A German Firewall? – Two Letters to the Editor of FAZ

The following two letters from Professor Karl-Heinz Pohl to the editor of FAZ were both not printed. Mediastudies.asia publishes them here in order to draw attention to the highly one-sided, China-critical reporting in the German media. However, it is worth pointing out Sebastian Conrad’s excellent article on China as the new “yellow peril” in the same paper, to which Pohl also refers in his first letter – a pleasant exception in a sea of China resentment. Conrad draws attention to the historical side of Germany’s China observation. Thesis: It has always revealed more about Germany than about China. At present, Germany seems to be in particular need of this benchmark, which can be interpreted either way.

The negative reporting has a long tradition. “If you look at the last hundred and fifty years, there is basically no period of time when the West could not find fault with the Chinese.” (Christian Y. Schmidt) When the empire closed itself off, the West didn’t like it, so it opened it up by force; when it got rid of its dynasty in 1912, the West didn’t like it either. After that, it was first too communist, then too capitalist. Today, it is seriously accused of not being as ‘sexy and cool’ as South Korea (both in Der Tagesanzeiger and the Süddeutsche Zeitung, apparently a broad-based anti-China offensive). The fact that China no longer cares much what the West thinks of it is only logical – it makes no difference anyway. MH

A report by Friederike Böge and Michaela Wieger (“Out of a sense of historical duty”) stated that the French National Assembly passed a resolution declaring and condemning Chinese actions against the Uighurs in Xinjiang as “genocide” by 169 votes – and almost unanimously: with one vote against, five abstentions, and with the support of the government faction. 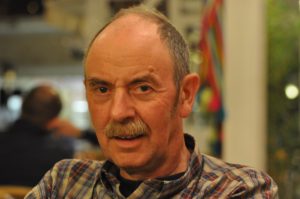 Karl-Heinz Pohl, Professor emeritus of Sinology from Trier University. Fields of research: Chinese History of Ideas; Literature and Literary Theory; Ethics and Aesthetics of Modern and Pre-Modern China; Intercultural Communication and Dialogue between China and the West. Selected publications: Aesthetics and Literary Theory in China – From Tradition to Modernity, 2006 (in German and Chinese translation: 卜松山，中国的美学和文学理论，2010). 卜松山: 发现中国 – 传统与现代 (Discovering China), 2016 (Chinese translation of China for Beginners – in German: China für Anfänger, 2008; extended new edition 2020). Editor of: Chinese Thought in a Global Context: A Dialogue Between Chinese and Western Philosophical Approaches, 1999, and (with Anselm W. Müller) Chinese Ethics in a Global Context. Moral Bases of Contemporary Societies, 2002.

The article does not say a word about how many members the French National Assembly has. A quick search reveals 577, so the resolution was passed by about 29% of the French parliamentarians. This would be an important fact to better assess the process. Furthermore, the reference to the “almost unanimity” – as well as the fact that comparable resolutions were passed by other parliaments, such as the Canadian and Dutch parliaments, among others – suggests that the fact of a “genocide” is confirmed with the raising of this serious accusation. The Chinese action against the Uyghurs is certainly worthy of criticism from our point of view, but according to the current state of knowledge, one cannot speak of a “genocide” in the sense of the corresponding convention. At a hearing in the Human Rights Committee of the German Bundestag on May 17, 2021, renowned jurists therefore also spoke out against it. As it is stated in a paper of the Scientific Service of the Bundestag on this issue: “Parliamentarians do not have to justify a parliamentary decision (…) legally – in contrast to a court decision.” (“The Uyghurs in Xinjiang in the Light of the Genocide Convention,” May 12, 2021, p. 122) In this respect, such resolutions are to be viewed politically, but not legally. “Genocide” has thus become a political fighting term.

The accusation of genocide is probably the most serious accusation that can be made against a country. Regarding China, as is well known, this accusation was launched by the Trump administration’s Secretary of State, Pompeo, which the Biden administration and Western media have adopted. Its explicit purpose is to disavow the U.S.’s main geopolitical rival politically internationally, and in the worst possible way. No wonder China is fiercely resisting this accusation. (In the USA, by the way, the de facto genocide of the indigenous people has never been recognized as such, see David Stannard, “The American Holocaust”, 1992 – and no parliament in the world would dare to pass a resolution to that effect … ). In Germany, where due to the recent history a different sensitivity is given, one would be well advised not to use accusations suggesting atrocities similar to those of the Nazis and not to attach oneself to the resolutions of other parliaments – although one would also like to know from these with which parliamentary participation they were taken.

Moreover, the necessary dialogue of the EU with China is made more difficult, if not impossible, by such demonization. Instead of dialogue, which could certainly take place about Xinjiang, we are witnessing hardened fronts and an escalating spiral of mutual sanctions. Thus, as the said article underlines, the “Western” public seems to have gained a new enemy image in China: a new “Yellow Peril 2.0” (Sebastian Conrad in the FAZ of 22.11.2021).

The letters to the editor column is an important part of every newspaper, because it is here that interesting dissenting voices are sometimes heard on the political orientation of the newspaper (for example, on the Ukraine crisis; even on the major controversial article by Wolfgang Reinhard there were pros and cons in the letters to the editor). Now, China coverage in the FAZ has long occupied a large space, albeit in a decidedly China-critical manner (see, for example, the articles by Friederike Böge, Hendrik Ankenbrand and Anna Schiller). In the run-up to the Winter Olympics, criticism of China is even in top form (also on public television). One is reminded of the Summer Games in Beijing in 2008, when the critical accompaniment was China’s Tibet policy. Unlike other controversial topics (such as the Russia-Ukraine conflict), however, there have been virtually no comments on China coverage in letters to the editor for quite some time (I have subscribed to the FAZ for decades), although one can assume that there must be.

First, pointed views, even if they may correspond to our new “value-oriented” foreign policy, i.e., if they seem to be based on politically and morally correct convictions, invite contradiction; and second, as just reported in the FAZ, China is our largest trading partner, both in terms of imports and exports. So the relationship with China is ambivalent (EU: “partner, competitor and system rival”), and certainly not all readers will share the opinion of the correspondents. Due to the lack of dissenting voices, one is inclined to believe that the FAZ has erected a kind of firewall around the view held by its journalists, most of whom portray China as a new “evil empire”. In this way, the leading German daily might have adapted itself – nolens volens – to the Chinese environment and custom, namely to give no room to dissenting opinions, in this case on the subject of China (as a new “enemy image”).