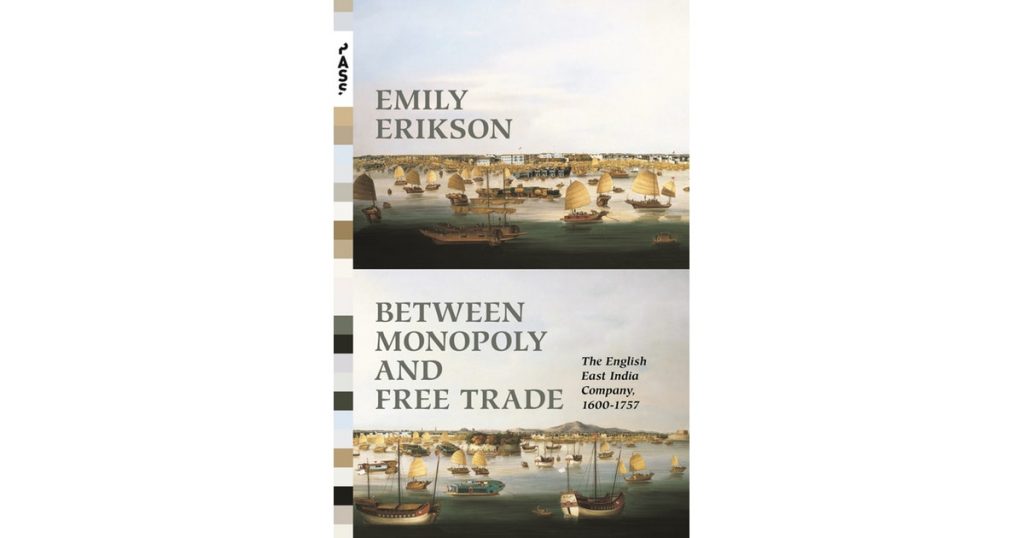 During a class on international communication at Xiamen University Malaysia in this winter semester, three students presented on Emily Erikson’s book “Between Monopoly and Free Trade” – a fresh look at the English East India Company that tries to explain the company’s success. Emily’s thesis: It was its ‘in between’ character – not a monopoly, not just free i.e. private trade – that played a key role here. Many students were very critical about her approach and considered it ‘pro colonialism.’ Fortunately, I am friends with the author. So I asked her if she would be willing to react to that critique directly.  She was – the result is our 2nd virtual classroom session. Below is the transcript of our Skype call from the 12th November 2019.

Hi Emily. Thanks a lot for doing this – I know you wanted to leave the company behind. But here you are. I will be just reading out the questions and statements of my students without any further comment. Ready?

Here is statement no. 1: “You are using network theory to whitewash the sins of the white people, of the brutal colonizers.”

I mean I don’t think the English East India Company is a noble venture, and I don’t think I represented it that way in my book. I am against colonialism, I’m against imperialism, and I am for knowledge and truth. I see myself as engaged in a collective endeavor that spans across different races and that is about building knowledge and figuring what is true and what is not true. And also trying to figure out ways that people can better coordinate and cooperate to improve everyone’s lives, all societies. The way I see this is that I am correcting a huge misconception in the West that the commercial worlds of the East were not developed, when they were incredibly developed and incredibly sophisticated. And my book addresses this very significant puzzle as to why these European companies being less sophisticated than the merchants in the East would have succeeded. We need to figure out what the answer is for that – in order to understand and to appreciate the sophistication of the commercial world of the East.

Question no. 2: “What about all the suffering the company was responsible for?”

The book isn’t about that. The suffering … there were horrible things, those are documented in other histories. I wasn’t writing a book about that. 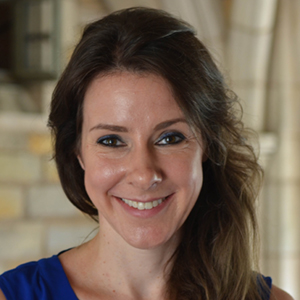 Emily Erikson is the Joseph C. Fox Academic Director of the Fox International Fellowship and associate professor of sociology and the school of management (by courtesy) at Yale University. She works on the emergence and development of global networks, organizations, and the institutions of capitalism and democracy. Her award-winning book, Between Monopoly and Free Trade: The English East India Company (Princeton University Press, 2014) shows how the autonomy of agents in the East India Company fostered informal information sharing and organizational flexibility that were key to the Company’s long-term success.  Her forthcoming book, The End of Equity: Companies and Politics in the Development of a New Science of Economics (Columbia University Press), identifies a crucial transformation in economic thinking in the early modern era, when moral issues took a backseat to growth imperatives.

Statement no. 1: “The East India Company was just a puppet of the English government.”

If someone says they were just a puppet of the British state, I would say: Show me the evidence. And I would say that that person is imposing a very strong theory about the state. It is one of the misconceptions that I struggle against all the time – that all of history is not composed of state and state power. There’s other actors in the world and those actors have power and the ability to change things.

Statement no. 2: “They weren’t so much interested in trade but in war.”

I would say that there were different phases in the history of the English East India Company. There were times when they were very much concerned with trade and there were some times when they were concerned about war. For example, the company director Josiah Child was someone who thought that war would serve commercial interests of the company. I think he was mistaken. I don’t think it was a benefit to anyone to wage Child’s war. Neither in Asia nor in England. But these people definitely also wanted to make money. There’s just no question. There’s no evidence, there’s no reason to believe that they weren’t interested in making money through trade.

Question no. 3: “What is your definition of a monopoly?”

My definition of monopoly is exclusive rights and privileges over … I mean, so it’s interesting because technically in some sense they were monopsonists. They had exclusive rights and privileges over obtaining goods, not over the markets, but they did have … they were the only supplier of these goods in England. So they had a monopoly over those goods.

Another statement: “In the end, the company had its army force and violated other countries’s trade.”

One of the things that’s complicated about the English East India Company is that the history of the company spans over three centuries. And I’m only looking really at the first one hundred and seventy years of the company’s history. That’s a long time. So lots of different things happen over centuries. And there’s certain points in which the British government is involved and has military power and uses it in order to support the interests of the company. But that’s only at certain points. And it’s only after 1775 when things really start to change. So it’s the latter half of seventeen fifties – and on – when the military strength of the British state actually becomes a prop that’s used by the company. But it’s just not there before. The company is there. The British state and its military power is not there. And, you know, they didn’t even have a very large military at the beginning of the 17th century. We’re talking like very rudimentary states at that point.

Statement no. 4: “You highlighted the decentralization of the company. Being decentralized does not necessarily mean that it has nothing to do with imperialism.”

Another question: “Let’s forget about the whole theory things and objective analysis. Just speak sincerely and subjectively. How does Ms. Erikson think about colonization and imperialism?”

I think that imperialism and colonialism are horrible blights upon humanity.

Ok, last question. A very general one, this time it’s me asking: What is science to you?

Science, I think, is a collective project of building and acquiring knowledge about the world. Science is an approach to the collection of knowledge that is grounded in empirical observation and facts. When you allow that the world can behave differently than your expectations or belief, and that you work to correct your understandings based on your observations and to your best ability of how the world actually does work.

Wonderful definition. Accepting counter-evidence seems to be the hardest task for many people right now. Thanks a lot for this, Emily. Talk again soon!